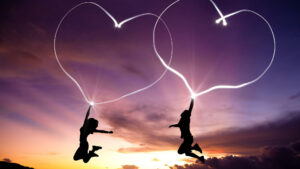 AN AIRPLANE by Vladimir Živković

For many times in the movies, we could see a plane losing the pilot. Also, there is often someone who could take over flying the plane.

In real life, the circumstances are a bit different. If someone doesn’t know how to fly the plane, and you make him fly it, he will run amuck. Imagine yourself being in such a situation?

What is this about?

If a person thinks just for a moment, one could come to the conclusion that it is weird that world and life are so complicated and manifold, and that for many are all going on so that life is still moving forward. An incapable or capable man without the faith in God is afraid not just of death, but also of life. God takes care of such kind of person.

When children are little, their life is not depending on their abilities, but on their parents. When children grow up and become grownups, their life is not depending primarily on abilities, but on its own character and deeds. A capable man with a bad character always gets in the trouble. Many people with the new ideology that is important to enjoy and accomplish one’s own interests overlook that.

One of the troubles of the frustrated man is to think as if he is smarter than the rest. He-she thinks that is more special if he-she doesn’t need God’s help. He thinks that God doesn’t take care of him. However, God takes care of everyone. That’s how everyone endures. Without God, everything will fall apart. Without God, creation and life would be senseless.

As we could see, parents have a similar role to small children as God. They help the child to get by, to grow up, and breaks through in the world. When a person grows up, he still experiences parents as such. And parents, as a rule, do not abandon this role. Many are so attached to the children and the role that sometimes happens that children can’t become independent and grow up.

However, as I have said, God takes care of everyone. For Him, the most important role is devotion to God and nurturing a gentle and kind character.

Nowadays we came to the modern era where money, power, and abilities are given too much importance. A selfish man forgets the care and the love of parents.

However, this path is fashionable nowadays. It is not just fashionable, but also wrong, mischievous and nasty.

Life without God and gratefulness is a fruitless life.

Why have I written this text?

Because of modern egoism, people glorify intelligence and abilities. That is nice but is of worldly nature. Without love and gratitude, intelligence and ability are poison for the soul. The man becomes disrespectful and futile. Such a man is surprised to find that those unable do better than him. He is surprised that others don’t notice how special he is. He convinces himself that others are disrespectable and unworthy.

However, that’s not the truth.

It’s not the truth because God takes care of worthy devotee. To such a person, he gives everything that is needed in a spiritual way.

The message is the following:

Parents take care of their children. God takes care of both parents and their children. Grateful and pious children receive from God everything that is valuable and necessary. So it has always been, so it will be.

God helps a man at least a thousand times a day. Ungrateful person ignores that and leaves everything to the case and justifies it as coincidence.

Because he carries an injury. He thinks that he will cure it if he shows and proves that he doesn’t depend on anyone. The main mistake is hidden here.

Thus, at this point, one should think about the contemporary interpretation of the independence that is, as we could see due to this status, very wrong.

Everyone depends on God. No one could live without God even for a day (so even for a second), being admitted by someone or not. That is the final truth. Likewise, there are people in the life of each person without whom he couldn’t survive. The world is simply like that. God helps both through things and people. Whenever he can, because He is perfect.

Thus character and devotion to God determine the effect of abilities (which few know).