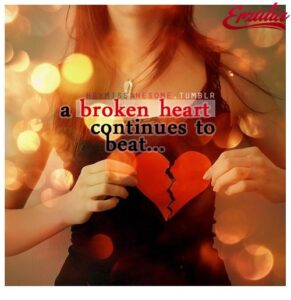 AN UNHEALTHY JEALOUSY by Vladimir Živković

Nowadays we can often hear the statement of some people that their partner is unhealthy jealous. What does that mean?

If someone was emotionally hurt, he or she has the propensity to doubt. When he recognizes the patterns of behavior at its current partner matching with the previous partner that hurt him, such person can be jealous because he/she was hurt in that way. The injury revives again because the new partner is the one who in the present acts and does the same.

A person that makes its partner jealous is much worse than the partner that is jealous. The one who suffers jealousy is always braver and more sincere. The one who creates jealousy and still pretends that it is normal is an insensitive person, and there is something very wrong with that person.

People that cause jealousy, spread misfortune, and when they pretend that others have no reason to be jealous, they cause anger and contempt in hearts of those who they deceive. Thus those who cause jealousy are in dire ignorance, and they say that someone is unhealthy jealous. Such people will in near or far future be exposed to jealousy, so their emotional wounds will teach them to act with compassion.

Causing jealousy (both deliberately or unintentionally) is basically irresponsibility, insensitivity, and pure evil and cowardice. In this case, it is caused because of a person’s wish to rise above partner and dominate. That’s the indicator from the very beginning that there is no love and that person that causes jealousy is more concerned with self-liking ego than with love and the partner. That means that jealous negation of love that should be the essence of a love relationship is justified.

If someone tells you how jealous he-she is, or if you notice that your partner is jealous, be self-critical, and think: are you doing evil? Even if there is an unhealthy jealousy, it’s better for you to believe that it doesn’t exist. Those who don’t to face themselves and their shortcomings have invented the unhealthy jealousy. A person that causes jealousy certainly has self-esteem issues.

People that don’t care about others and cause jealousy are not just fragile and miserable presently, but they will be even more miserable in the future when they will have to face their sins. Causing jealousy is unfaithfulness, too. The unfaithful ones, in the end, get hurt, and they ask:

– How does that happen?

Simple, thanks to karma and God’s justice. If you’re hitting in the middle of the heart, those same blows will come back at you with the same force. That’s the ancient law that always works.