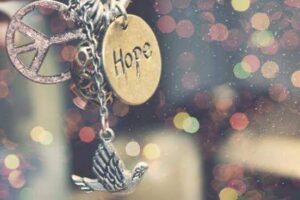 The desire for conquering is related to the complexes of the man.

That’s how the desire for constant conquering rises.

At this point, you should think a bit.

Many people dream of being like great conquerors from the past as Napoleon or Alexander the Great. Likewise, many would like to be as Casanova or Don Juan. Many in such desires recognize wish for greatness and not the first-class self-esteem issues.

So, you can estimate the psyche and the character of the person by idols that person has. If someone has a strong desire to conquer then there are many certain things about that person. And what is certain should be avoided.

People suffer greatly because of their complexes. There’s no doubt. However, who gets involved by their own choice, takes over the similar suffering to oneself. Therefore, compassion is one thing, and human ignorance is something completely different. If you want to go with conquerors to battle or to bed, you are only responsible for your fate. Still, the question is following: what kind of fate is that, and is it really desirable?

What’s the thought that I want to suggest now?

A man should want to achieve what every person needs to achieve, because God has given him. The reason is the divine love of God toward man. However, many people and men mostly want to do or achieve something that nobody did.

It’s because of … complexes and of self-esteem.

Each person has to achieve happiness and reach God. Even if he has just anticipated it,  he would want to give the same to others because he was raised correctly. A fragile ego wants to conquer, enslave, humiliate and rob of something. The fragile ego wants something that nobody has got.

Why do seducers care so much of notches? Why the conquerors can’t stop conquering?

Because they are getting away with their actions from God, happiness, and self-esteem. They are drowning until they get tired, and until they open for the other, better solutions. At that point, God helps them. The help consists of getting such experience that they would never incline to conquer, but only to God, and to help others.

True power is in helping others and offering them relief and feeling of self-esteem. Everyone can conquer (although many don’t agree with this statement).

Why can everyone conquer?

Being bad is easy. That is because you can follow a wrong way in a million ways. You should just find where you’re capable of doing evil. There’s only one correct way. If there is only one correct way, that means that you could be stubborn and be a rebel in a million ways. Because the rebelliousness is widespread among young people. People teach each other to be themselves and special.

There are two forms of conquering nowadays. These are seduction and suppression. Both of them are complexes. Therefore:

How much you want to differ from others and to stand out? How much have you got to know yourself and God?

The only success is to attain a goal that God determined for each man. And what does the one who wants to stand out in the world, and wants something that he/she has never attained? To be precise, if you want to conquer someone, that means that you don’t know their value. Not recognizing the value of others is not recognizing yourself and your values. These are characteristics of the seducer and conqueror. If you conquer the whole world, you will be the emptiest of all souls. Who needs such exertion?

Nowadays the seduction is highly valued. If a person seduces, he/she doesn’t have to deal with oneself and go the right way. Everything one has to do is to deal with self-liking ego. The number of such people is growing. Thus loneliness and emptiness have inhabited many peoples’ hearts.

As you could see for yourself, you’re not that poor if you think so. You just need to open yourself to correctness and truth. Then every illusion and misfortune will run away from you. If a person keeps them closely, they are not going away.

Every soul abandons seduction and conquering at some point. The question is only how much is a person willing to endure pain and suffer i.e. will allow his complexes to swallow him/her up.