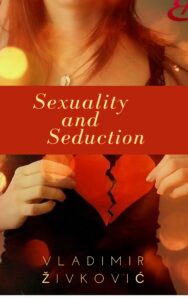 THE NEGLECTION OF THE PARTNER

When a man is in search for happiness, it’s completely logical that one day he will eventually reach spirituality. Spirituality is the path that man takes when a man needs God. Such man is disappointed in world and life, so he turns to God.

There are many spiritual paths. God is only one.

That means that many are entrapped by Ego, so they think they are more spiritual that those living a secular life.

Since the sexuality is a topic here, we have to deal with it through this problem.

Many spiritualists opt for abstinence from sex. That is not so bad if you don’t have a partner. If you are married, then you have obligation to take care of partner’s wishes. If you don’t live sexuality while someone lives it, that doesn’t mean that you are better or more spiritual than that person. As we have already concluded, sexuality has positive application and as such it helps people on their spiritual way. That means that two coupled in their common and pure sexuality always make progress on their path to God. They never regress. Only those irresponsible and reckless in their sexuality regress. Those not consummating sex and thus thinking they are for it better than others also regress. That’s a first class egoism. Neglecting partner for the imagined spirituality is egoism.

Just to make clear something that many spiritualists haven’t explained until the present day.

Why do people want to repress sexuality?

The reasons are selfishness and will to power.

Sexuality is powerful, thus living sexuality takes so much life energy. If this energy is saved, it can be used to develop spiritual powers. However, you generally don’t need spiritual powers. God protects you and takes care of you so that helplessness really doesn’t exist, because who could feel helpless if has God beside oneself on one’s side? In that case, a man can only look helpless or think that he/she ‘s helpless.

A man eager for spiritual progress and progress of spiritual powers actually gives up on love.

Even a sick man feels love. A man without strength also feels love. If you lose everything, the capacity to love is not lost. Likewise, a man that lives sexuality doesn’t lose the feeling of love. It is only lost by the one who looks for an imagined more and better. Ha ha, do you leave a loved person, even your children, under the excuse that they drag you backward on your spiritual journey? How much egoism is blinding in this case?

Each person is on its spiritual path, even the worst ones. Denying and belittling of sexuality implies complexes and injuries that have to be cured. However, this doesn’t mean that person who realized God wants to have sex. Avatar has no desire for sex and it’s really foolish when people want to find the significant other for Christ. In the same manner, many people have mentioned Buddha’s married life before He realized himself. That’s very ignorant because if you don’t eat bread anymore, you don’t really need a knife to slice it. Degrading God and self-realization is also egoism and ignorance. Two people as a couple always reach the point when they consensually agree that they don’t want anymore to have sex. That’s perfectly natural process.

According to that, a person that openly and honestly lives its own sexuality is better than the person who saves sexuality by taking advantage of others and for its own spiritual powers.