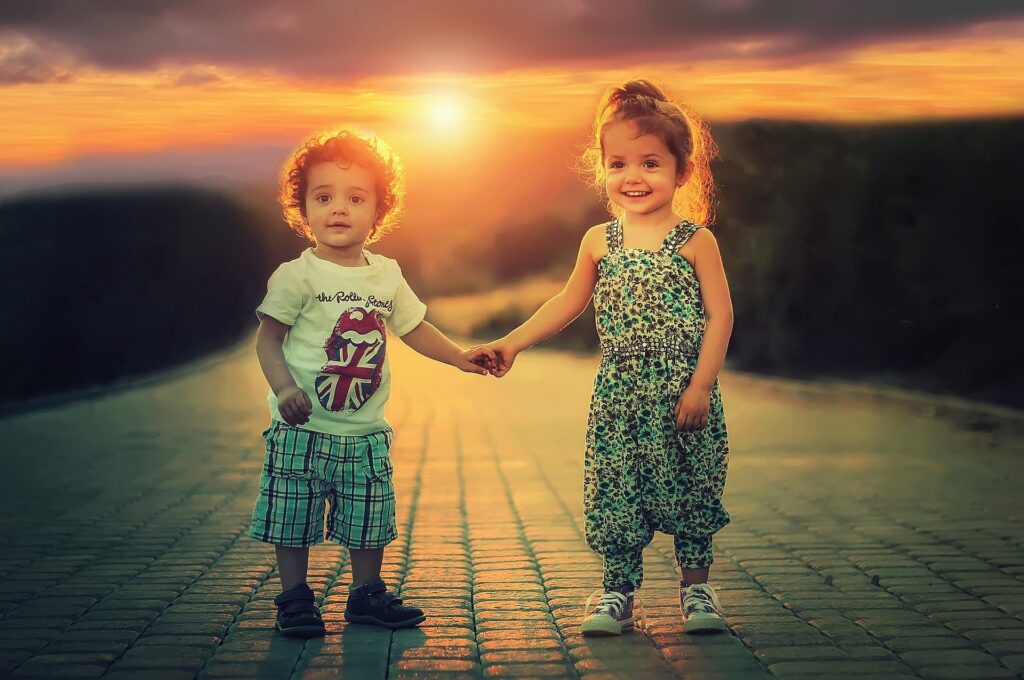 THE YOUNG PASS IT ON by Vladimir Živković

If that’s true, it doesn’t mean that young people aren’t good. For, while growing up they were significantly influenced by their elders. If the older are bad and not improving, then younger are even worse. There isn’t much philosophy. That further implies that if the young are worse, the most responsibility should be assumed by an elder. Certainly, that one’s disposition isn’t determined by the individual itself. So, what child has experienced in the family, that’s carried out onto the street and into the world. Therefore, affinities and ambitions are created in the family and there’s a great influence of the parents, as well as of others and society.

Lately, the entire society is deviant and there’s no wonder that children can’t have much good and valuable experience in real life.

The news is full of accidents, immorality, gossip and fabrications. The basic conception of the press itself and television illustrates the mentality and interests of people.

Here I don’t state that young are not guilty because they’re learned to inflict loss and violation to society. Here I want to say that it’s irresponsible not to understand that the old are directly responsible for such state, and take the most part of the responsibility for that.

If the child had been taught by parents to do harm to itself and society, then even a true spiritual teacher could not easily help such child. Wretchedness was passed on to children. Neither children respect their parents, nor elderly. Children suffer as well as the society. This is because no one understands that life is based on five basic human values (love, peace, non-violence, truth and morality), that are essential to prosperity and happiness.

Only an ignorant person could teach children egoism. Afterward, the same simpleton doesn’t want to take its responsibility. It often happens that parents complain about their children. They refuse to admit that they didn’t put enough faith in God, in themselves, and in their children, to bring them up appropriately, and teach them to live for themselves, and not for egoism and selfishness.

Only 10 years ago some spiritual paths made sense. Many made those paths leading astray, as they thought to themselves how extra spiritual they are, so they know so much and make progress. Egoism has grown so much that older are destroying mainly everything valuable created in the past. It’s bad if the tradition made people narrow-minded. However, it’s much worse when people have no regard for tradition, and when the old, good, valuable, and forever sustainable is degraded and rejected.

I explain this because many new innovations have been made that society doesn’t benefit from, but just enlarge someone’s pockets and buttocks. That’s how I am always newly struck with even younger people who foster such philosophy. There are no traces of goodness and mercy. Those come for help, but they can’t be helped. As we know, the person drowning must lend a hand to be pulled out of the water. It’s not enough just to complain, ask for help, and the savior will lend the hand. This further implies that nobody has to come to ask for help if he is not aware that he’s the only one who can help himself.

Is someone earning payment for you, or you earn it on your own? Does anyone eat for you? In which way you think someone else can pay off for your debts? What kind of belief, and what kind of philosophy is that? Isn’t it strange that such Utopia doesn’t exist, and the majority of people still think that they have right to fornicate, do wickedness and evil and that someone will help them in the end?

At this point ego will ask: – So why bother to ask for help, if I have to do it all on my own?

You don’t have to do it all alone, certainly many can help you, but you must allow being helped, you must accept consequences of your doings, and you must pay off all wrong doings.

That means that many people need help with instruction because they haven’t been appropriately raised. If you are taught good manners, you’ll live happily and in peace. If you’re rude, you’ll be miserable and lonely. Sigh, no one can save you from that, not even God.

Help itself is in giving direction and instruction.

It’s true that stubborn man can’t learn anything. Destiny will teach him/her. Thus, not all are stubborn and definitely, not all are badly taught. Some are badly instructed because the worse ones taught them, while they had pretended or been deluded that they knew.