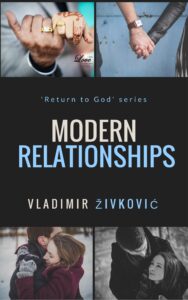 Contraception and abortion are integral problems related to sexuality.

Contraception is used for many reasons. It’s used with the goal of decreasing a possibility of conception and to protect a man from sexually transmitted disease.

Certainly, the modern suppliers are dealing with statistics and possibility. So, in such cases, their statistics are insignificant, although they want to prove that it is.

If the thief is caught red-handed after the first robbery, and the second one is caught after the tenth robbery, then statistics that you get away from punishment for ten times has no significance. In both cases, you’re 100% in trouble if the statisticians will say that the second one went well in 90% of cases. Specifically, it is worse if you get caught stealing for the tenth time, because it’s very likely that your previous offenses will be exposed, so the punishment will be more rigorous.

What do I want to explain?

Ignorant people rely on contraceptives. Due to the consumption of contraception, they are easier to engage in sexual relations. In such situations, it is much more likely to get a sexually transmitted disease or become pregnant, because no contraceptive is 100% safe, which manufacturers hide. And if you have received a sexually transmitted disease or conception occurred, then it was likely to happen 100%, and not 5% or 3%.

Contraception is a wishful thinking of the modern man to live selfishly without knowing it and to destroy oneself and one’s own life. People that use contraception out of the marital relationship want to avoid the consequences of their selfishness. Therefore such people take risk of developing severe illness or facing the “accidental” pregnancy. Thus people, who engage in irresponsible sexual relationships, also use contraception irresponsibly and use contraception for negative purposes. A person using contraception for negative purposes always has an excuse and always wants to present to the world how properly he conducts i.e. to show its valid reasons. Such people receive and suffer sexually transmitted diseases, sometimes terminal ones. They also face an unwanted pregnancy. Then, naturally, not did they used contraceptives wrong, but they also want to terminate, and great problems arise for participants in sex, as for an unborn child. At this point, severe traumas have been suffered by man’s psyche.

Many people think that only women have been damaged by abortion. Nonetheless, even a cold and insensitive man is suffering severe consequences subconsciously, as well as by karma.

The contraceptives are a perfect invention for couples who have chosen one another, who married and decided to have sex, as to reduce the possibility of conception because in the given moment that isn’t acceptable solution. In such cases even if conception and abortion happen, consequences can be timely neutralized and more or less acceptable.

Using contraception for the sake of living of egoism and as protection from disease, and abortion as the consequence of irresponsible sexuality, bring huge karmic problems and psycho-emotional issues. As it would be said in my country:

– A little music and lots of money.

In doing so, the music I have mentioned is shallow and heathen, i.e. destructive.

Practice positive, innocent sexuality, while improving love and fidelity, and don’t worry. God rewards such people and never condemns them.

If you look at something and think that it is fine, and is done in sin, then you look bad. That is why you think that it’s better for others than for you, and it’s no wonder that you are always disappointed.

Believe in perfection of God and creation. Believe in purpose and benefits of God’s gifts. Sexuality is one of those gifts. You have right to live it as it’s appropriate for a human being. On the other side, you’ll be in trouble. Believe me, with such laws – there is no favoritism, nor random luck.

Because, how many people you know that pray for mercy, but they don’t get it? Because it’s a lot, and they haven’t given when they should give. Unfaithfulness, as irresponsible and sinful sexuality, is a denial of mercy and happiness to oneself and to others.

So far, that would be all about that.

The rest of the questions and stories related to spirituality and the life of the man you can find in my books coming out in sequels in Serbian and English as ’’Return to God’’ and ’’A Contemporary Spirituality’’.