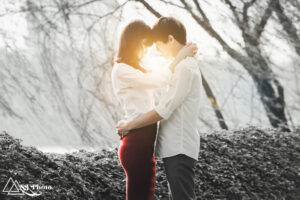 One of the worst misconceptions of a man is to think as if sexuality is a sin.
What does that mean?
God created sexuality. He created the sexuality as an act of lovemaking and the way of continuation of the species. Sexuality as such has perfect nature. The other thing is that people use such wonderful gift in a negative way so that they correspondingly get miserable, sick and lonely.

If a man is disappointed by sexuality, he should think about its own behavior and dignity.

In the past, people suppressed the sexuality. That was due to the collective belief that it’s bad. People have condemned themselves and the others so it has reflected very negatively to the human psyche and to their acts in the past. They were under pressure that they shouldn’t live sexuality because it’s bad and sinful, thus they condemned themselves to bad deeds and bad luck. Nowadays, it goes to the other extremes. Modern people think that they have right to have sex with whoever they like. As if the sex isn’t a sin. They have forgotten about their and other people’s dignity. They don’t realize that disrespect for oneself and others are also disease, as well as suppression of sexuality. However, sex can be really sinful if you use it for sinful aims. It’s very simple to come to such conclusion.

Having in mind that sex as everything else has its perfect purpose; this means that since the man can’t achieve perfect sexuality instantly, he has to use sexuality in a positive manner. That means a man has right to live sexuality at a certain point of his life when it’s got proper conditions to do so.

In order to acquire and meet such conditions, the effort is needed. It’s all in vain, but everything has to be deserved and for all is required mental effort. You can’t have regular sex if you don’t know well or respect your partner. That takes effort and time. You can’t have positive and satisfying sex if you haven’t acquired responsibility when it comes to the happiness of your partner and responsibility for the possible children.

The positive purpose of the marriage is that you can have free and safe sex in a marriage and planning the family is your own will. Any other sexuality out of the marriage is more or less destructive for an individual. Also, children that grow in normal and sensible marriage without the unity of both parents greatly suffer, and the parents themselves suffer too.

Sexuality outside of the marriage results in very bad consequences. Sexuality is nowadays lived under the motive of a modern love relationships ‘’boyfriend and girlfriend’’. And in the majority of cases that is not positive sexuality and many complain and are angry at such claims. In reality, people don’t want to admit their irresponsibility and lack of dignity, and they don’t admit that their ‘modernity’ is actually bigotry that they want so hard to hide not just from others, but also from oneself. For, the glorification of things bringing misfortune and pretending to be special by committing a sin can’t bring you or assure you happiness or success.

Many say that sex is not sinful. I would add: a divine aspect of sex that’s achieved by fidelity and love is a positive sex, and as such has a positive effect. Of course, some sex can be very sinful. Don’t trust people that give such short and incomplete statements. It’s not a coincidence that they are so stingy with words and that they say that the wise man is quiet. Because, if they had been smarter, they would know that a smart man says what should be said and how much it should be said.