STORY ABOUT PAIN, SADNESS, AND MISFORTUNE 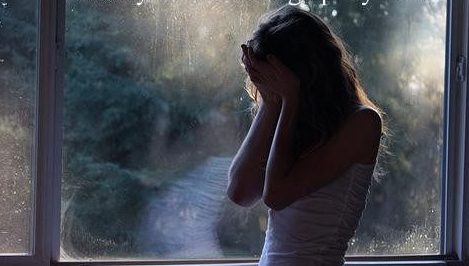 A woman was looking for the love of her life. A day came when she met a man that she liked a lot. Without a thinking, she started a love relationship with him. She got to love him a lot. They had a good sex and they felt nice being together.

Over time, his true face started to reveal itself. She discovered him being egoistic. He was being nice only while it suited to him. He didn’t care what was she like, what was important to her, what were her thoughts, hopes, wishes. The only things important to him were that she was attractive, good in sex and a good housewife.

He started seeing other women. Before that he has made her kids because now he gets to know her well, so with kids, he wanted to tie her to himself and to the house. He cheated on her all the time. She was sitting at home and crying.

In the end, totally unexpected even to him, he left her and went with another woman.

She has suffered and was being unhappy for years. She condemned the man and the day when she met him. She thought how bad he was and how much evil he had done to her all the time.

One day, her pain was so great that she wept all day long. At some point, an unimaginable sorrow surfaced. The sorrow larger than any she has ever faced. Suddenly, she was not thinking how much her husband was evil. She started to pray to God for the forgiveness of sins.

You ask yourselves, how’s that possible?

However, it took lots of time for her husband to live his oats out that she will reach evil and injuries that she did to other women and wicked deeds from the past, she recognized herself in her husband. Thus he prayed for forgiveness because she realized that justice has come to take her toll and that doors of repentance and compassion are opening for her.

Recognize yourself in others, especially in those who do harm to you and pray to God for forgiveness and salvation. This story also means that you should steer clear exactly of this strong feeling of lust and attraction. They exist with the reason, and most often they are not positive, nor desirable, although many want to believe that they are.

One thought on “STORY ABOUT PAIN, SADNESS, AND MISFORTUNE”